They were in the same required freshman university seminar class in 2008 and were partnered together. They hit it off, sort of. She was a Strutter and he teased her about it. She thought he was rude, but cute. They became friends but did not actually date until March 2009. Graduating in 2012, he proposed in November 2013 and they married in 2014. Today, they live in Boerne with their 4-year-old daughter. They regularly attend Texas State football games. Rachelle is on the Strutters Board of Directors. 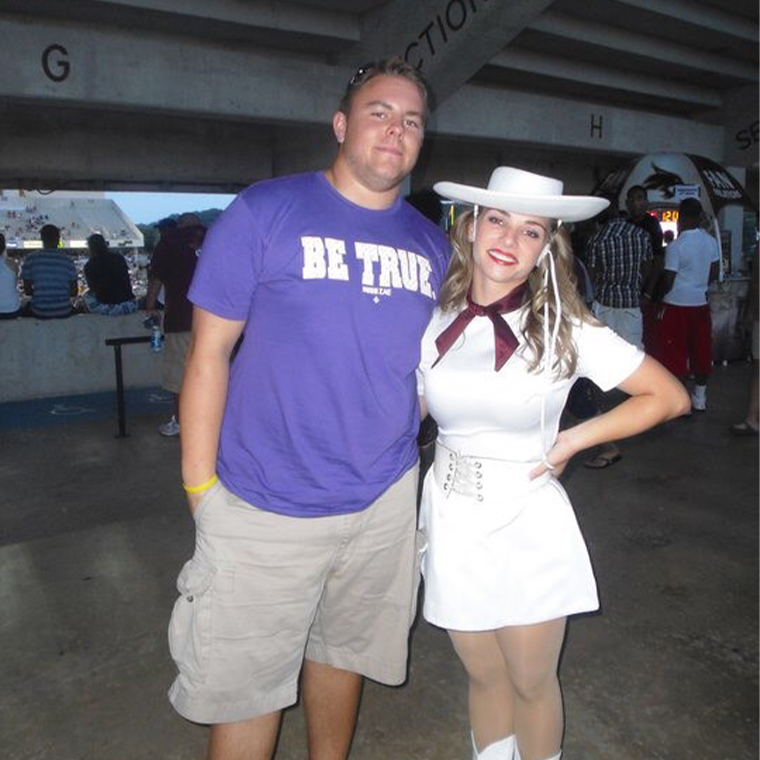