Chuck was Cody’s orientation leader, and the pair didn’t much like each other at first. A few years later, they worked on the same Student Government election campaign and started getting to know each other better and sharing their nerdy interests (anime for Chuck, Star Trek and Star Wars for Cody), but the idea of a relationship didn’t really click until they began having weekly lunches around town. Finally, one Halloween Cody said to Chuck: “If this is going to be a thing, then you need to ask me on a date,” and that was that. They’ve been together for almost 11 years now and married for two. 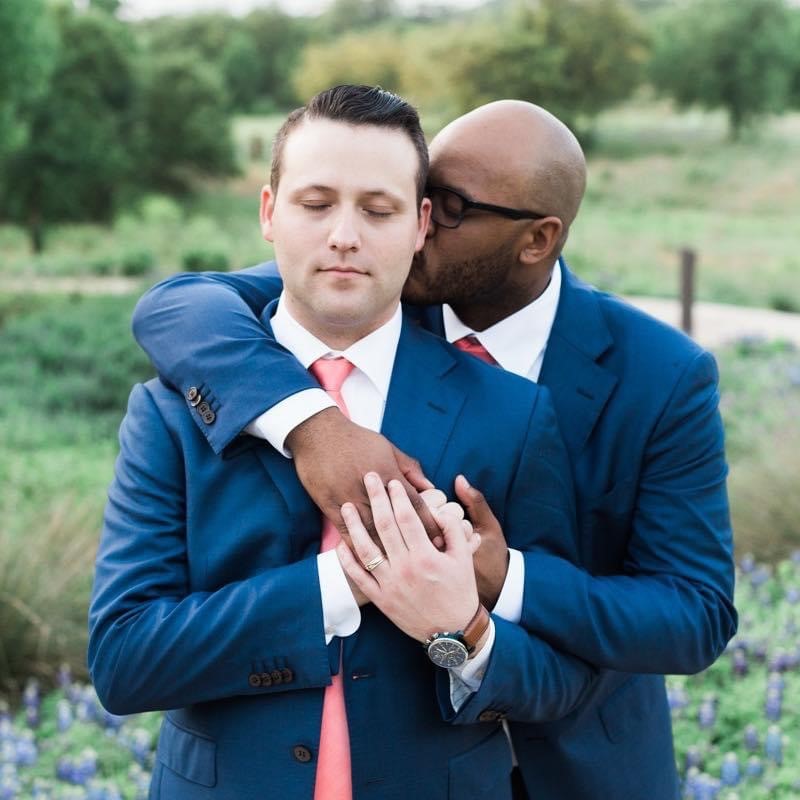