Christy’s roommate told her she needed to meet John, the rodeo club president, after attending one of the organization’s meetings. Soon after, the rodeo association held a fundraiser. Christy entered the tight-fitting jeans contest, and John had the fortune of introducing her. The two got to talking and within two weeks, they both felt like they had found the person they were going to married.  Eventually, they did marry at Texas State’s Freeman Ranch and recently celebrated their 25th anniversary. 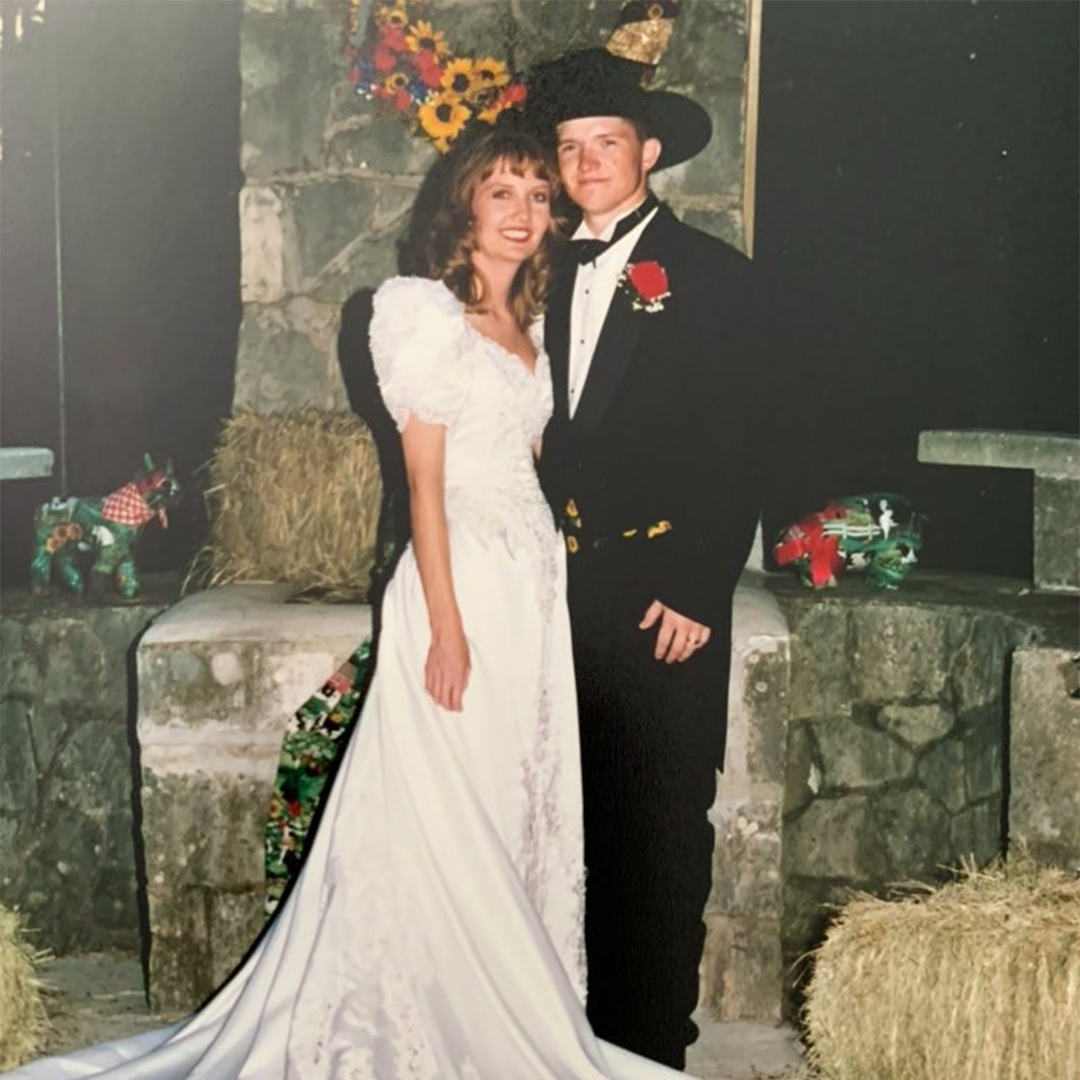